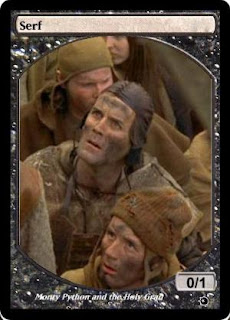 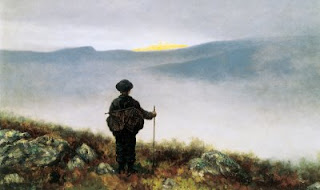 "We could reform the system, we could return to sound money, we could balance the budget..."

"Capital is supposed to come from savings..."

"Destroying the dollar is much worse... If you have no investment whatsoever, and you are depending on a social security check, and it does not buy anything - that's much more damaging..." 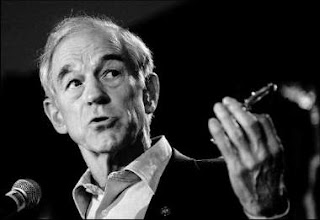 The process of this bailout reminds me of a panic-stricken swimmer thrashing in the water only making his situation worse. Even a "bipartisan deal" - whatever that is supposed to mean - will not stop the Congress from thrashing about.

The beneficiaries of the corrupt monetary system of the last three decades are now desperately looking for victims to stick with the bill after they have reaped decades of profit and privilege.

The difficulties in our economy will continue because the Legislative and the Executive branches have not yet begun to address the real problems. The housing bubble's collapse, as was the Dot Com bubble's collapse, was predictable and is merely a symptom of the monetary system that brought us to this point.

Indeed, we do face a major crisis but it is much bigger than the freezing up of Wall Street and dealing with worthless assets on the books of major banks. The true crisis is the pending collapse of the fiat dollar system that emerged after the breakdown of the Bretton Woods agreement in 1971.

For 37 years the world built a financial system based on the dollar as the reserve currency of the world in an attempt to make the dollar serve as the new standard of value. However since 1971, the dollar has had no intrinsic value, as it is not tied to gold. The dollar is simply a fiat currency, which has fluctuated in value on a daily, if not hourly, bias. This worked to some degree until the market realized that too much debt and malinvestment existed and a correction was required.

Because of our economic and military strength, compared to other countries, trust in America's currency lasted longer than deserved. This resulted in the biggest worldwide economic distortion in all of history. The problem is much bigger than the fears of a temporary decline on Wall Street if the bailout is not agreed to.

Money's most important function is to serve as a means of exchange - a measurement of value. If this crucial yardstick is not stable, it becomes impossible for investors, entrepreneurs, savers, and consumers to make correct decisions; these mistakes create the bubble that must eventually be corrected.

Just imagine the results if a construction company was forced to use a yardstick whose measures changed daily to construct a skyscraper. The result would be a very unstable and dangerous building. No doubt the construction company would try to cover up their fundamental problem with patchwork repairs, but no amount of patchwork can fix a building with an unstable inner structure.

Eventually, the skyscraper will collapse, forcing the construction company to rebuild - hopefully this time with a stable yardstick. This 700 billion package is more patchwork repair and will prove to be money down a rat hole and will only make the dollar crisis that much worse.

But what politicians are willing to say that the financial "skyscraper" - the global financial and monetary system-is a house of cards. It is not going to happen at this juncture. They're not even talking about this. They talk only of bailouts, more monetary inflation, more special interest spending, more debt, and more regulations. There is almost no talk of the relationship of the Community Reinvestment Act, HUD, and government assisted loans to the housing bubble.

And there is no talk of the oversight that is desperately needed for the Federal Reserve, the Exchange Stabilization Fund, and all the activities of the President's Working Group on financial markets. When these actions are taken we will at last know that Congress is serious about the reforms that are really needed.

In conclusion, there are three good reasons why Congress should reject this legislation:

a. It is immoral - Dumping bad debt on the innocent taxpayers is an act of theft and is wrong.

c. It is bad economic policy - By refusing to address the monetary system while continuing to place the burdens of the bailout on the dollar, we can be certain that in time, we will be faced with another, more severe crisis when the market figures out that there is no magic government bailout or regulation that can make a fraudulent monetary system work.

Monetary reform will eventually come, but, unfortunately, Congress' actions this week make it more likely the reform will come under dire circumstances, such as the midst of a worldwide collapse of the dollar. The question then will be how much of our liberties will be sacrificed in the process. Just remember what we lost in the aftermath of 9-11.

The best result we can hope for is that the economic necessity of getting our fiscal house in order will, at last, force us to give up our world empire. Without the empire we can then concentrate on rebuilding the Republic.